November 3 – 18, 2020 Pastor Dennis and Beth Hendricksen invite you to discover one of the most interesting regions in the world.

For Christians, visiting the Holy Land can make events that were long ago and far away seem like recent history. Familiar stories from the Bible become brilliantly clear once we have seen where they took place. This tour gives you the opportunity to 'walk in the footsteps of history' as you journey through the Holy Land. 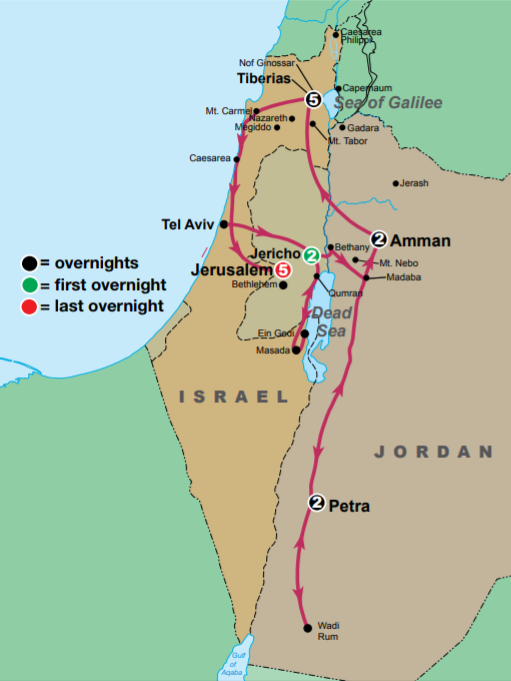 Regina $7899
Land Only $6579
Prices from other cities available upon request. Prices are per person based on double occupancy. The supplement for a single room is $1442 per person.
This tour is not subject to GST/HST.

Not Included: Meals not shown, Beverages, Items of a personal nature, Any airline luggage fees, Increases to surcharges, taxes or fees, Insurance.
Deposit of $300 is fully refundable until 100 days before departure